Recently changes were announced for the near future of the game.

with that came my doubt, what total points in my collection?

the easiest way for me to find out if I remove the delegation from all my letters.
between them:
summoners others
legendary summoners
gold cards
etc...
I started with 374,320 first removed all summoners including legendary and gold and I stayed with 399,660

next step was to remove the delegation from all legendary cards with that 399,660 points went to 407,160

with that I am already able to remain in the champion rank in the future update that will happen in the game.

but I decided to continue to remove the delegation as the common cards are most I had to divide it has two parts due to the peakmonsters limit.

next step was to remove the delegation from all common letters

done all delegated letters was returned to main account

Or even after removing all cards including summoners (legendary and golds) epic cards, legendary cards etc ... the account went from 374,320 points to 598,525. 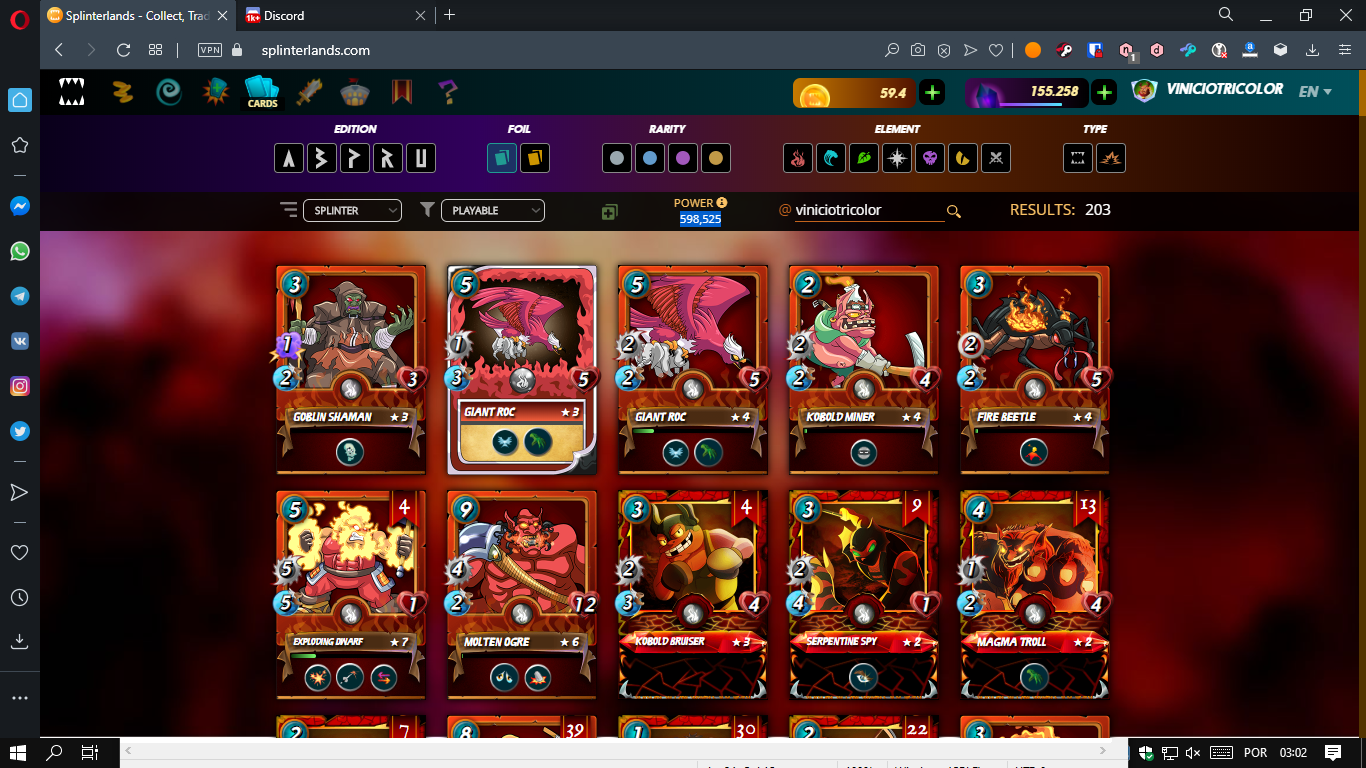 now that all cards are in the main account I will wait for the next game update to see which is the best for them to re-delegate selling or using etc ...

I recently won my first legendary gold card, which will help me stay in the champion rank. 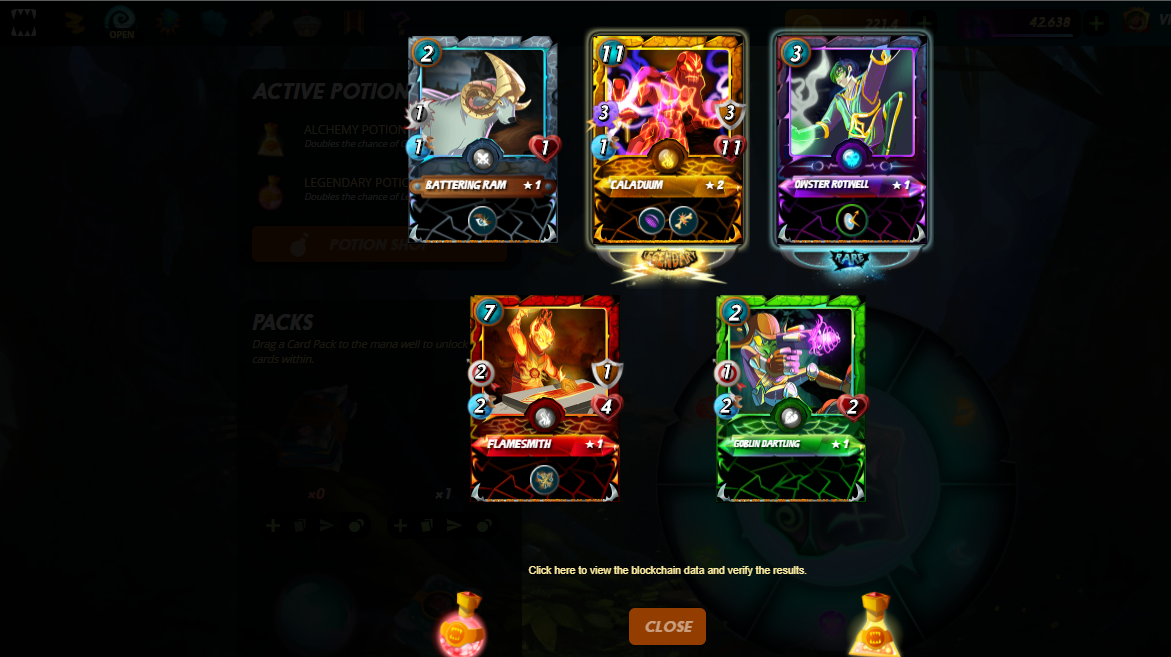