My first small investment in splinterlands 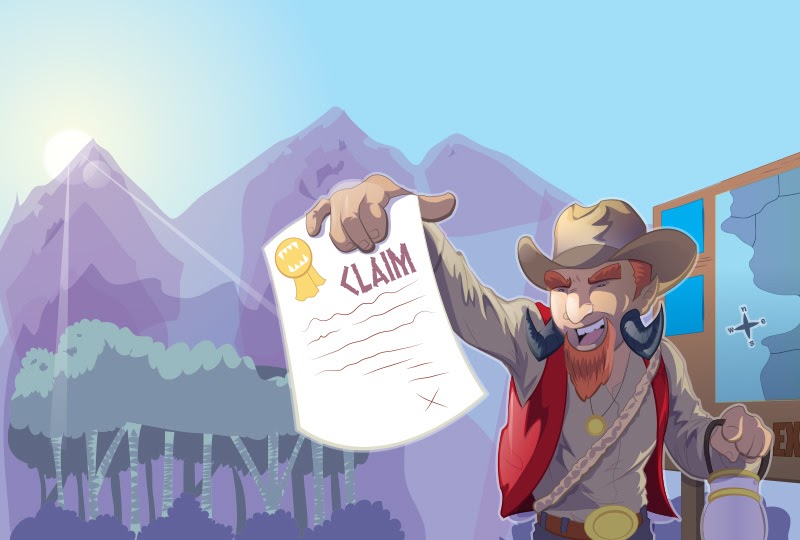 Land is what I'm going to talk about buying land

I am not going to talk about the sale of land in the game, because if you have been active in the past few weeks on Blockchain hive and in the game community, you have probably read several posts from players related to land sale.
And we also have the official posts from the game team addressing this issue.

In this post I will discuss my journey to the purchase of my first lands
Although splinterlands is an investment game, I never let go of the fun they provide.
When I first started playing ranked matches on 5/31/2019

I started to set personal goals to be achieved in the game, there were several but the most important for me, it was the goal of reaching champion league I

When I started and even today I have always seen lots of draws and players helping other players and I think this is wonderful, I have already won several draws from the most different prizes in the game, I could list some of them here, but I don't want to be unfair and I can forget someone

So I would like to say thank you to the whole gaming community :)

In January 2020 browsing the Blockstack dapps,
blockchain that I like a lot

I met the predictions platform https://www.predictoapp.com 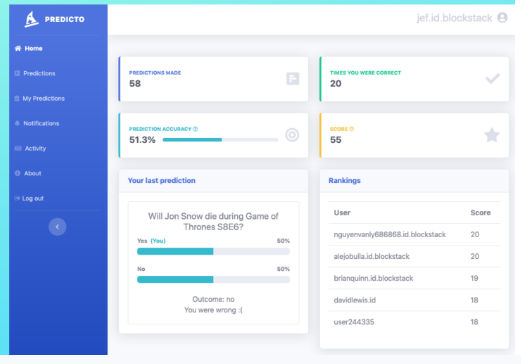 Including Predicto won the Golden Kitty Award as the best product launched on Product Hunt in 2019 in the Fintech category! 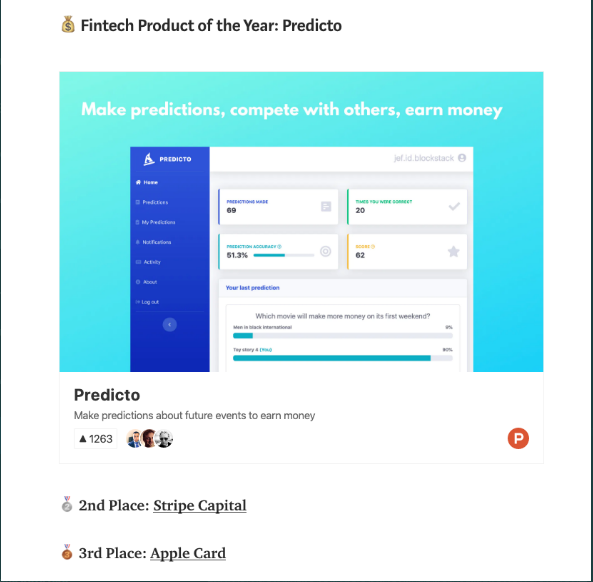 I was happy that from January to March I made my predictions and managed to stay in the top 10. And the money I earned from making predictions (about $ 8.00 in btc each month)
I invested in splinterlands, but precisely in summoners 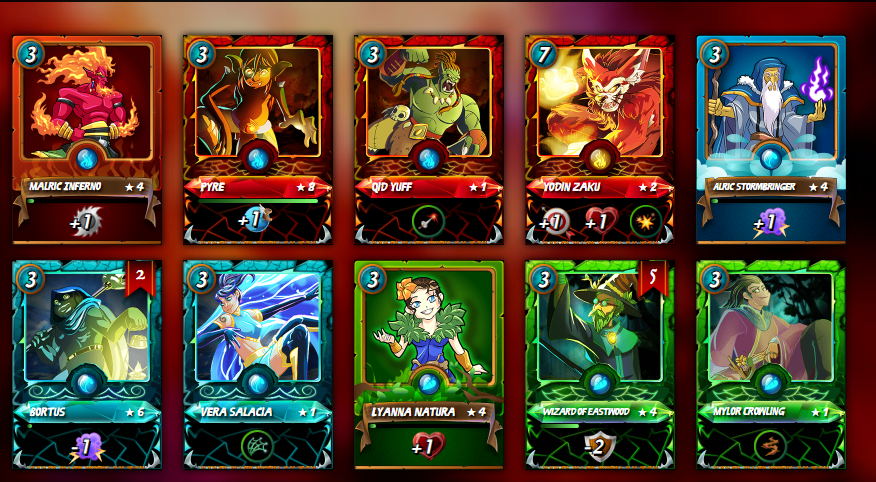 Speaking of which, note that I don't have all summoners at maximum level. this for two reasons the low price of mimosa made the money earned making predictions make me acquire some bcx of mimosa

And also unfortunately predictoapp ended its activities On March 17. 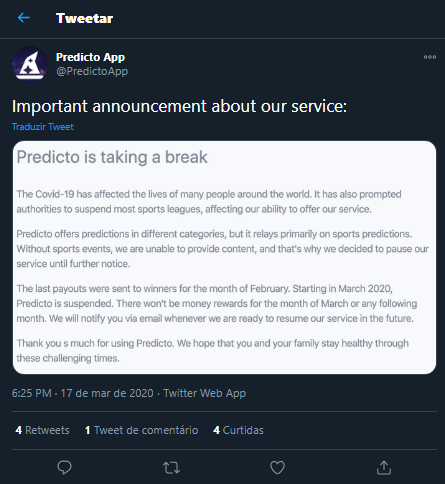 You might be wondering if you don't invest money in the game. how did you manage to buy your land?

It's a very simple answer, I bought my land with own resources that the game offers me

It all starts on 08/29/2020 even before the official announcement of the lands of splinterlands in August the dice packs were launched so I decided to buy for the first pack and to my surprise in the first pack I won a GFL.
https://viniciotricolorspt.dblog.org/increasing-points-collection-i-won-gold-foil-legendary-cards-engravepost

Something told me not to sell is for a long time I left it in my inventory.
maybe it was a mistake maybe not
When there was an announcement of land sales I decided without thinking too much CALADUUM you will help me to have my land

Another curious fact that a few hours before the start of the land sale, exactly at dawn when I removed my CALADUUM from the sale I noticed that only one CALADUUM was left for sale
it is very likely that the fate of the other CALADUUM was the same as mine.
Yesterday I decided to get back to the store and there was only one CALADUUM, but today there are two

Speaking of peakmonsters, I read a post from them about the land sale pool and I also got another invitation to join a pool, but just before the land sale decided I would not participate in any pool.

But what about my CALADUUM what happened to him? good see with your own eyes

Yes I converted my CALADUUM to DEC and I think more people do it.

So only CALADUUM was not necessary since my goal was $100

I decided to do the same with PYROMANCER

As I said above I do not invest in the game I only use resources that the game gives me. I already had a level 4 PYROMANCER with two skills.
For me to have a GOLD PYROMANCER with two skills I would like to have more 3BCX what are the chances of winning 3BCX without buying? so for me it is not useful as it would only be useful in GOLDS tournaments where there are players with much better cards than mine.

After converting the cards I got

Almost everything was ready for a big day just missing a little detail
I live in Brazil and despite the sale of land at a good time 13:00 pm
Something worried me that because I have night habits I usually go to sleep at 08:00 am and only wake up at 18:00 pm

In other words, he stayed up all night and all day sleeping and the sale of land would be at the time I was sleeping

And for the past few days I have been playing among us with my friends during the night and participating in a livestream with them. it's being fun

The good old friend alarm clock
finally the great moment I woke up with delicious coffee in hand and wallet with 100k dec
And I made my land purchase when suddenly ... 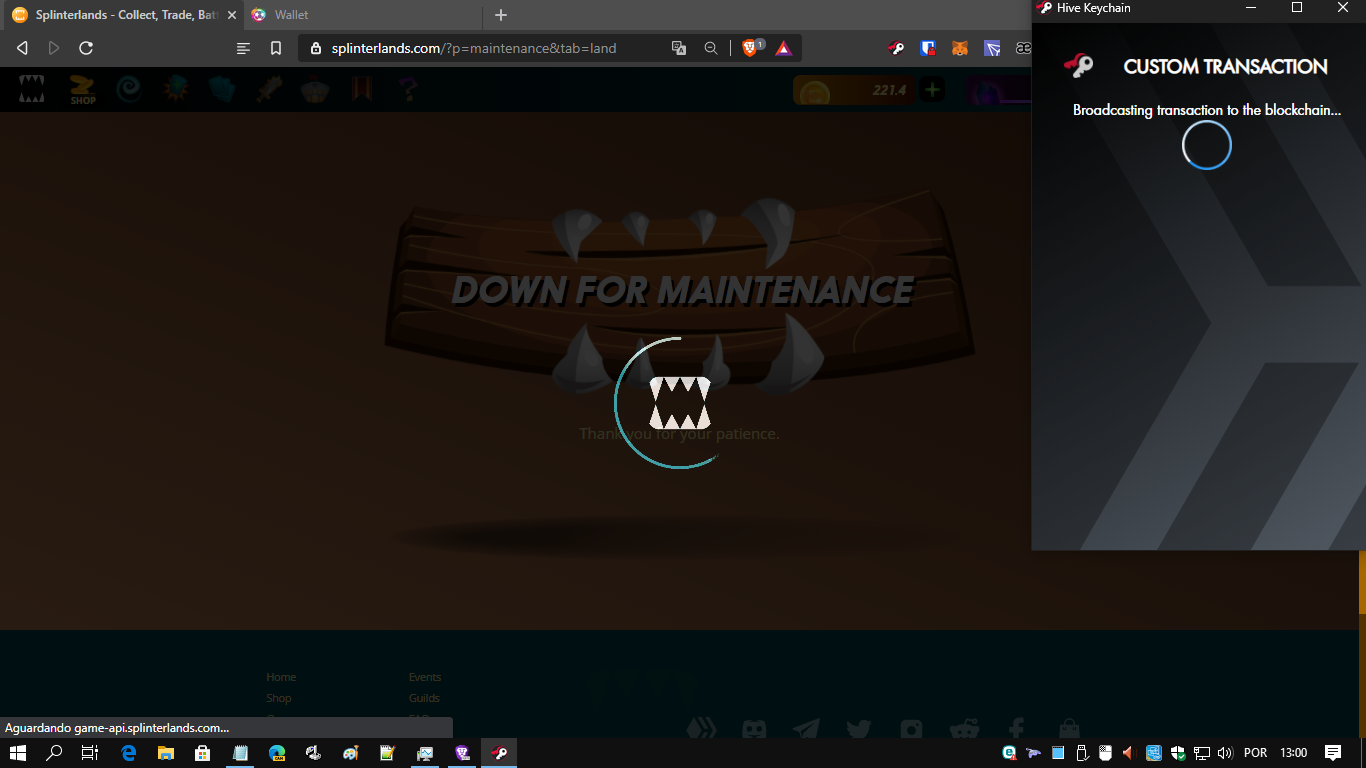 Until happily the game comes back and I have confirmation 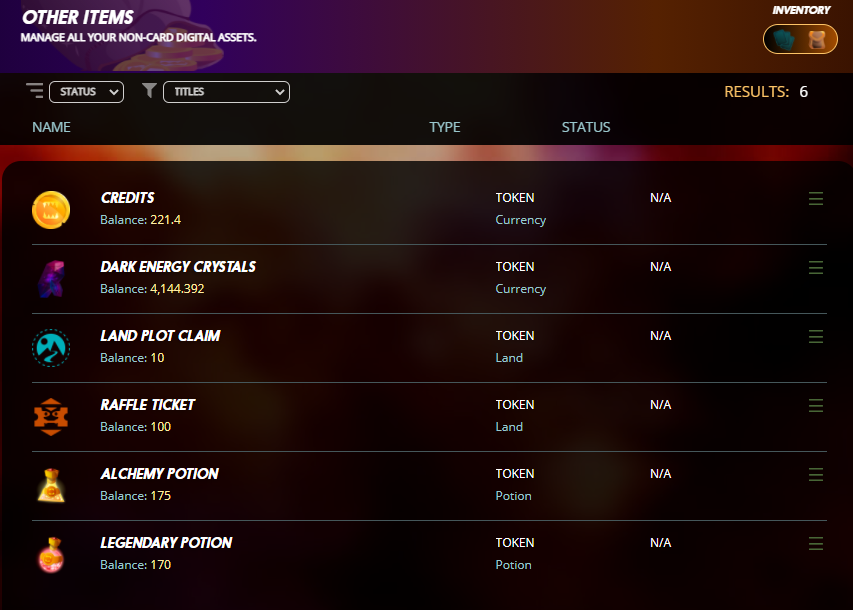 I have 10 plots and some tickets for raffles

If I had participated in a pool, I might not have been as fun as I was this Saturday

The dollar has been dropping according to peakmonsters my account is valued at $ 1,179.98 using Market Prices /

But I don't see myself selling my cards and leaving the game a lot, on the contrary, I want to see what the future holds for me and the game

Thank you and good luck